We took off for Ketchikan at 6 a.m. in the morning, it was raining, dark, clouds, and cold. The engine hours stand at 2089.9, and she is running very well, despite the kelp incident.

I HAVE NOT SEEN THE STARS SINCE MAY…I HAVE NOT SAT ON DECK IN THE SUN…BUT I HAVE SEEN AND HAVE CONNECTED WITH WHALES.  I WITNESSED GLACIERS , CRUMBLING INTO THE SALT, I HAVE SEEN A BEAR, GOING FOR A COOLING SWIM, THE STARS WILL STILL BE THERE, SUN IS STILL SHINING ABOVE THE CLOUDS, HOW INCREDIBLY FORTUNATE I AM!!!!!

it was a bit of a rough ride down Clarence Strait, especially coming to Behm Canal, so Bert put the head sail up, which made the ride a lot more comfortable.    Coming into Revillagigedo Channel, (what a name!!), we headed straight to the fuel dock, Anderes Marine services, we took on 107.65 gallons, at the price of $2.76 per gallon!   Felt good to have a full tank again.  I was glad to be going to a dock as the forecast called for 40 knot winds, especially as we had to cross Dixon entrance to get to Prince Rupert.   So we stayed put, and met some very nice Ketchikan fishermen, one boat the “Traci J”. was next to us, owned by a young lad, who put his music on, rap!!, very , very loud!!    I could take it for about 20 minutes and then went over to introduce ourselves and ask him very nicely to turn the music down a bit.    he had forgotten to turn off the speakers in the cockpit!      A little while later he came over with a bowl, full of just cleaned, and nicely filleted salmon, King salmon!!      This was just so nice as all we ever caught was one fish on the whole trip!!     he then asked if we liked white fish, well , yes!!       I had no idea what kind of fish it would be, i figured cod, but whatever it was, we then were given several filleted pieces, here we were about 7 dinners worth richer!!!       I so wish i could have given him something, i had nothing baked , needed to go shopping badly. 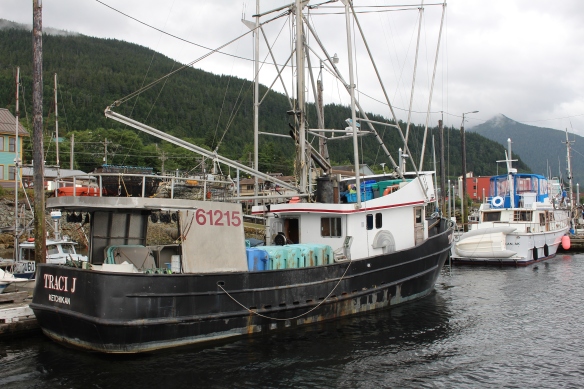 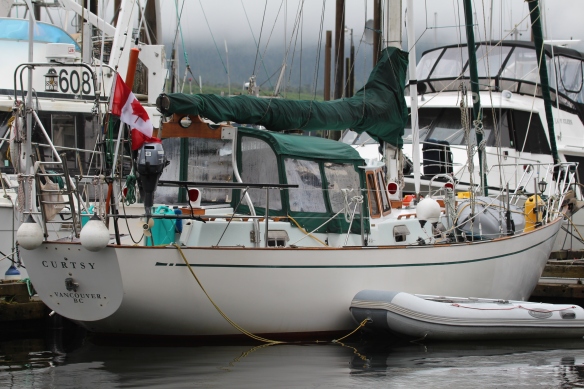 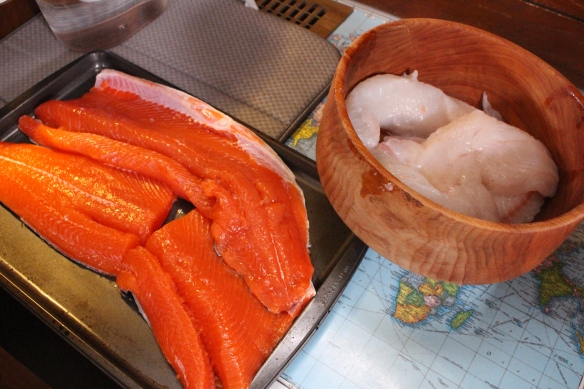 So grateful for all this fish!!! 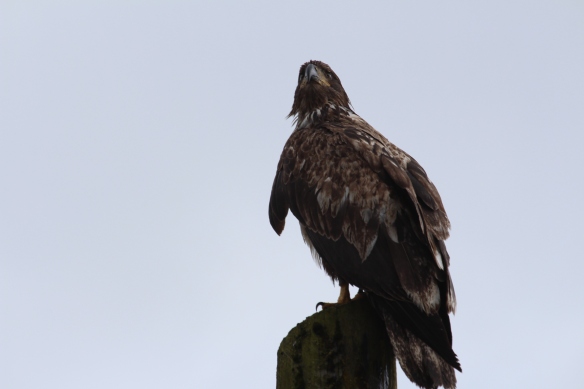 There are eagles all over the place, 6 grown ups hung around and this young one kept a very close eye on the fisherman, who was processing his catch. 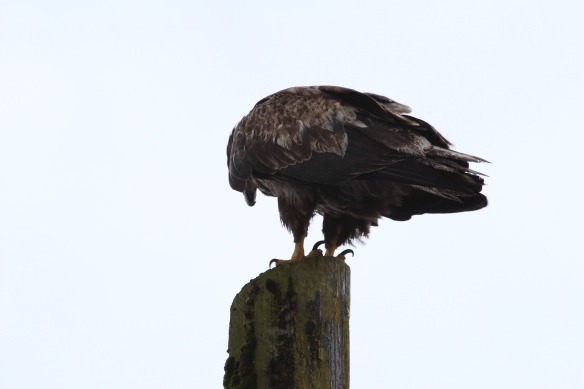 Look at the size of those talons!!!!