We were and are very interested in the Huna (Hoonah) , tribal hut, its a big project and as i told before , we had met 2 of the master carvers already.     if you are interested, go to;http://go.nps.gov/tribalhouse         We heard from Sarah that there was going to be a presentation by two Tlingit representatives , who would tell stories by dance and song.   Owen James, one of the master carvers, who also is the captain of a 40 feet canoe, carved out of 1 , yes, ONE Sitka tree, was glad to see us, and remembered us from Hoonah.   Owen’s Tlingit name is SANEK, which means little frog.      He told us about life here, about his story, a rebirth, and i was deeply impressed by this humble man.           Every carving, every painting has a story, some of the carvings tell about what happened here , in Glacier bay, the ice overtaking the villages.    Owen and his friend Doug, danced and sang, and all the folks present seem to really enjoy the show. 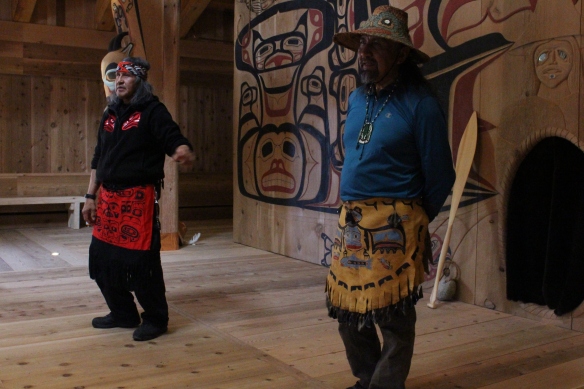 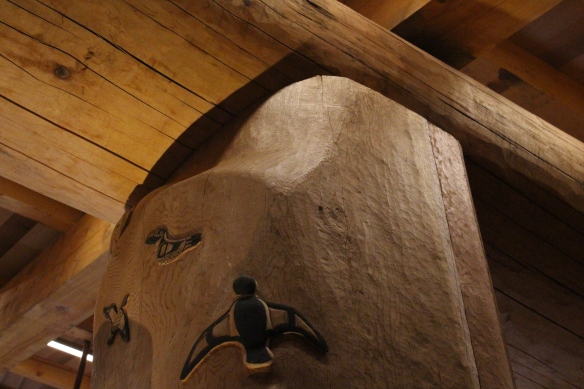 You can see here, that every bit of the structure is hand cut with an adze.     For some reason i do not have a photo of the outside of the building, no idea why…… 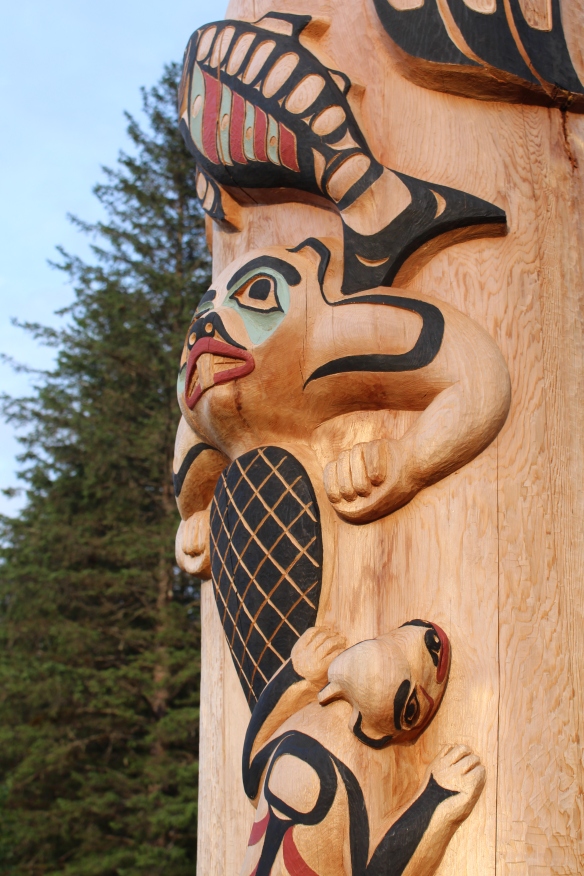 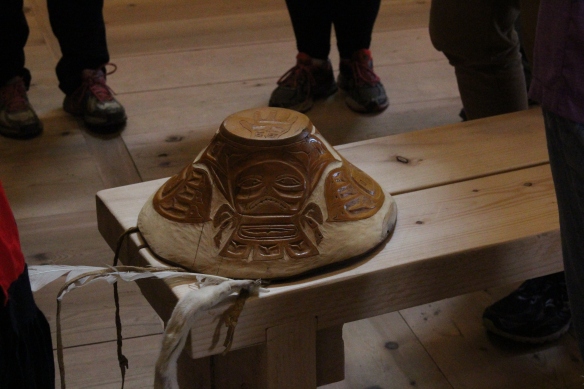 one of the poles  ,standing in front of the Tribal hut,  carved by Owen.  Plus, a magnificent ceremonial hat. 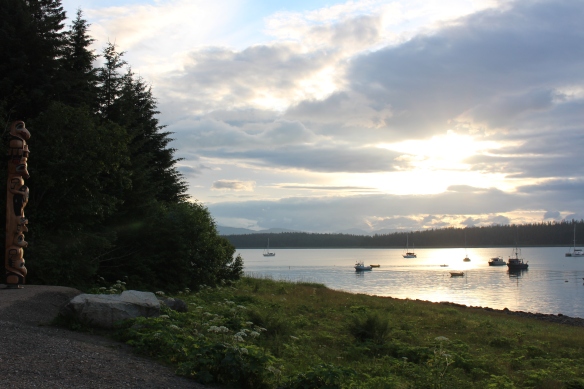 Looking into Bartlett Cove, Curtsy way to the left.